One Gift to us All

In recent years in my role as guest speaker at numerous churches across the country, I’ve raised the question: To what extent do I really appreciate the fact that I have the Bible—all 66 books—in my own language? I then share the story of William Tyndale. He translated the Bible into English, and as a result—was strangled and then burned at the stake. 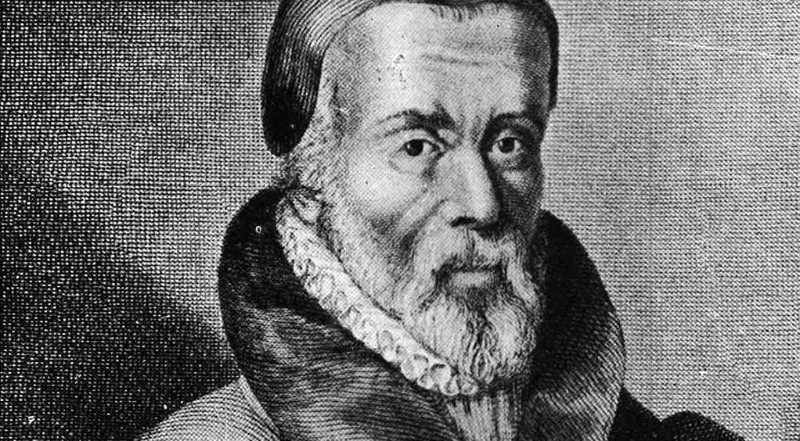 Think about it! William Tyndale not only spent years translating the Bible into our language—but he gave his life so that we could read the Word of God. His final prayer was—“Lord, open the eyes of the King of England.”

William Tyndale was a brilliant scholar and he had the confidence to undertake this monumental task. He recognized that God had uniquely equipped him, both intellectually and educationally. He spoke and understood seven different languages. In addition, he could read Hebrew—the language of the Old Testament—and Greek—the language of the New Testament. Clearly his primary motivation was to make it possible for others to learn about God. What an incredibly sacrificial spirit!/N

Because of intense persecution, Tyndale escaped to Belgium to complete the translation. However, he was eventually betrayed by a man who had been bribed to locate him and to gain his trust. When he returned to England, thinking he would be safe, he was confined for many months in a dank, dark room where he constantly shivered in the cold and suffered from chronic congestion. Eventually his day of reckoning came. He was only 42 years old when he became a martyr.

Unlike other martyrs of his generation, historians state that William Tyndale never verbally abused or attacked his persecutors. Again, what an incredible example to us all!

I’m indeed grateful—and humbled—by Tyndale’s sacrifice. He laid the foundation centuries ago for me personally to prepare the Life Essentials Study Bible. And when I challenge people to read and study the Scriptures, I’m reminded personally that he actually gave his life so that I could have the Bible in my own language. When I hold the Scriptures in my hands, I’m always reminded of how fortunate we all are to have this marvelous gift. Let’s never take it for granted!